ROME – The Vatican’s foreign minister said the Holy See has a much better relationship with the Biden administration than with the “previous administration” in an interview published Wednesday.

Talking to Jesuit-run America magazine, Archbishop Paul Gallagher said that “our exchanges with the Biden administration are frequent, particularly through the US Embassy in the Holy See.”

Although the Vatican doesn’t always respond the way they want, “it’s a very positive relationship,” the archbishop said, because neither side hesitates to approach the other. 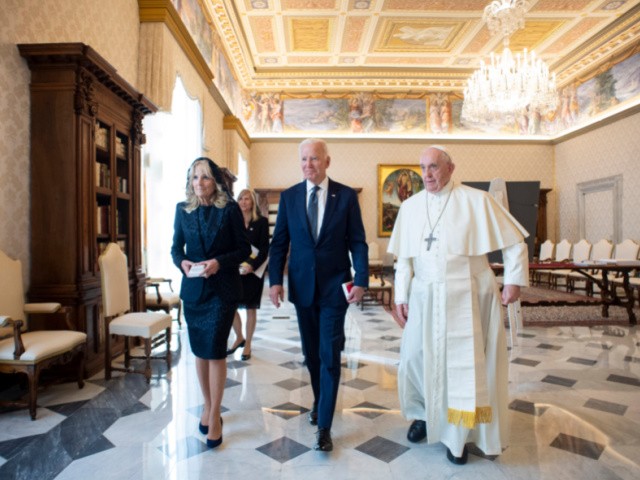 While the Holy See also has difficulties with the Biden administration, “there are other issues that we can very well work on. Most of the positions, I would say, are things that both sides recognize the importance and sometimes the sensitivity of the issues,” Gallagher said, such as the issues of immigration and climate change.

In the interview, Archbishop Gallagher emphasized the importance of the Holy See’s recent accession to the 2015 Paris Climate Agreement.

This means that the Vatican “could participate in the 27th UN Climate Change Conference in November 2022 in Sharm el-Sheikh, Egypt, as a state party to both the Convention and the Agreement,” Gallagher said, which “will enable us to make a major contribution.”

“We are putting our money where our mouth is in adherence to the Convention,” he added.

The Holy See “was the last state to agree to the Climate Convention, and therefore the Convention is now a Universal Convention; Everyone is really on board,” he declared.

Biden said Pope Francis asked him to receive communion — even though he openly supports the killing of unborn children through abortion. https://t.co/zPMvbJFWgw

“I think we will be able to move forward with the decarbonization and other improvements to the environment that the Holy See has committed to by 2050,” the archbishop said. “I think it will be a source of encouragement to many others who are struggling with these issues.”

In his remarks, Gallagher also called for greater support for the United Nations, along the lines of Pope Francis’ well-known advocacy for multilateralism.

“I think we have to be a little careful about how critical we are of the United Nations,” Gallagher said. “It is true that organizations may have problems finding solutions to situations, but the United Nations is also an organization that brings peacekeeping missions to the world, which helps people survive conflicts and helps with food distribution problems through various organizations.”

“It’s not all doom and gloom. A lot of things work there,” he added.

Forced into a basement in Ukraine, residents began to die